QDN’s Digital Inclusion program assists people living with disability with the support of the Digital Champions, community members living with a disability to help bridge the digital divide, and keeping people connected during times of natural disaster of emergency.

Brisbane residents are encouraged to donate quality, used digital devices, including working smartphones, laptops and tablets, which will help people with disability to connect with essential emergency and support services and the online world.

Access to these donated devices is crucial in Queensland, especially during natural disasters, for people with disability to access services such as receiving alerts, contacting emergency services during floods and bushfires, and requiring police contact.

QDN is proud to have partnered with GIVIT and Brisbane City Council to enable growth of QDN’S Digital Inclusion Project, where a device is placed with an eligible person with disability.

Digital Inclusion project officer Talulah Malcolm said part of the project was to be eco-friendly and attract community involvement.

The Digital Inclusion Project has been working in Ipswich and Brisbane, and has recently expanded services into Gold Coast and Townsville.

Ms Malcolm said the Brisbane City Council Libraries have allowed for a greater reach of the Digital Inclusion Project, including showcasing posters of the needed devices.

“Community donations will allow for the project to grow as it will be easier for Brisbane residents to donate to those in need via the library in their local suburb,” she said. 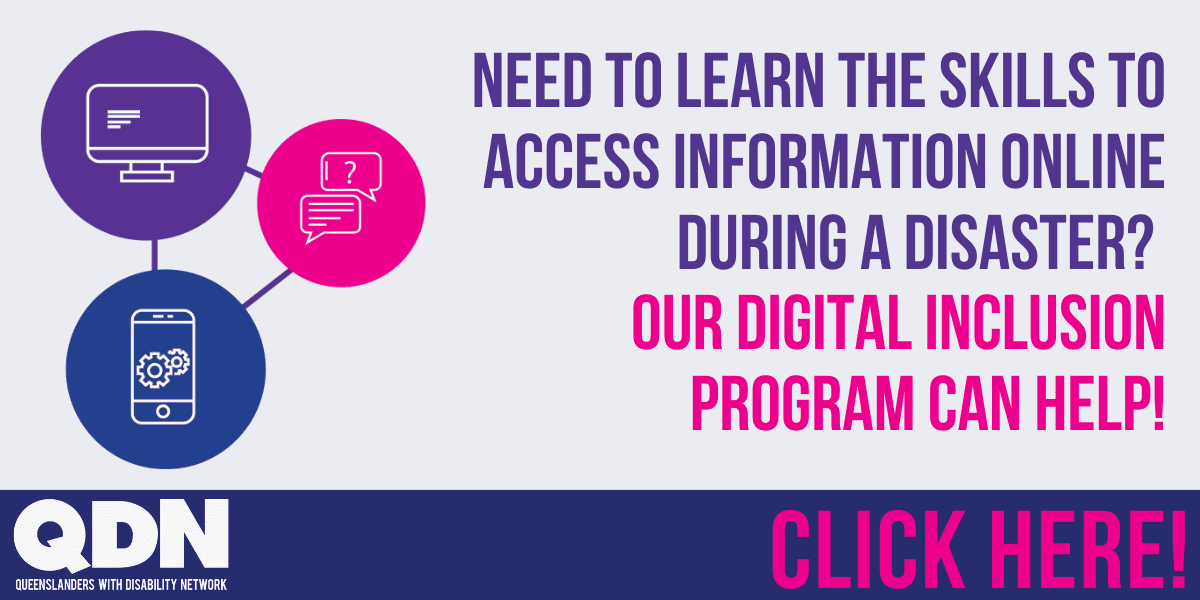