We would like to thank the keynote speakers who have shared their experience and wisdom so far. 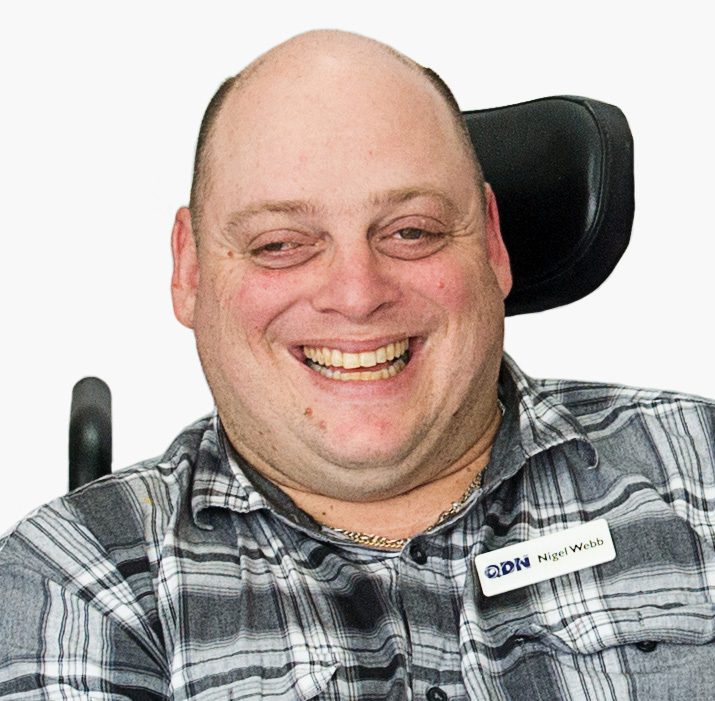 Nigel Webb has more than 20 years’ experience as a social justice advocate and professional. He is a trusted voice, advisor and leader across the community services industry, business and government.

His extensive knowledge and experience guides state and national advisory and representatives’ groups, boards and community organisations. He provides strategic advice and direction on social and economic inclusion of people with disabilities, and a range of issues of strategic importance to the disability and carer sectors around NDIS and reforms to employment.

He was Co-Chair of the National Disability & Carers Advisory Council for the Department of Social Services from 2018-2019 and Chairperson of Queenslanders with Disability Network for 11 years, as well as a Consumer Technical Expert with several certification bodies. On a part-time basis, he is a Client Liaison and Support Officer with Choice, Passion, Life. 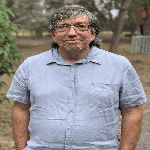 With over 40 years’ experience in the disability field, Kevin Stone has worked relentlessly to improve the lives of people with disability, both as an educator and an advocate.

From 1979-1985, Kevin served as the Principal of a Special Developmental School, pioneering inclusive education. In 1985, he was recognized for his ground-breaking work by Learning Difficulties Australia, winning its prestigious Mona Tobias Award for “Doing what most of us only talk about – putting special school kids’ bums on mainstream classroom seats”.

In 1988, after a couple of years supporting families to lobby for inclusive education across Melbourne’s western suburbs, and training workers from residential homes to overcome institutional practices, Kevin  joined the Yungaburra Foundation and worked to establish an advocacy organisation driven and led by people with intellectual disability and their families. The Victorian Advocacy League for Individuals with a Disability (VALID) was officially launched in March 1989 and Kevin was appointed its founding Executive Officer, a role which he played for the following thirty-three years.

Under his leadership, VALID established a reputation for getting results, particularly in advocating for the closure of institutions and increased funding for support services. In 1992, VALID was recognised by the State Government as Victoria’s peak advocacy organisation for people with intellectual disability and their families.  In 1994, VALID became Victoria’s agency member for the National Council on Intellectual Disability (now Inclusion Australia), and Kevin has served almost continuously on the IA board since then. Throughout this time, he has been at the forefront of national policy development, providing constructive, collaborative and outcomes-driven representation at the highest levels. In 2019, Kevin was awarded an Australia Medal for his contribution to realising the rights of people with intellectual disability. 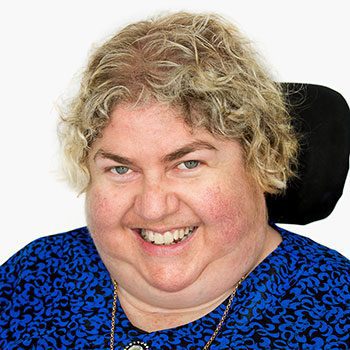 Sharon Boyce, current board director at QDN, is also an author, educator and disability advocate. She works across a number of areas and performs many different roles. Her aim is to promote a true understanding of disability and diversity. Recent experiences with septic shock and intensive care stays have also led to a strong commitment to exploring issues of complex health needs and disability. 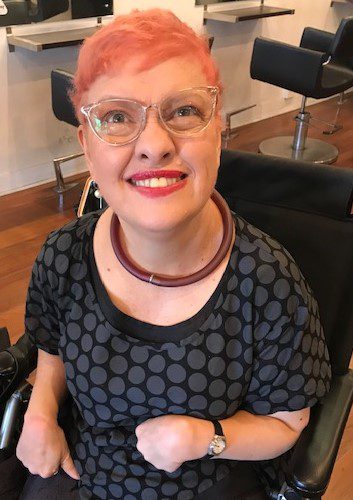 Fran Vicary is the Director of Engagement with the NDIS Quality and Safeguards Commission. This is a role that brings together her passion for empowering people with disabilities and her skills in managing change in the disability sector. Fran is really interested in supporting innovation during times of rapid change.

Fran has a strong belief in community participation, equity and the realisation of human rights for all people with disability. She has been involved in the disability sector since 1999, when she moved to Brisbane from country Queensland.

Fran has worked in the vocational education sector, women’s health, and as the Chief Executive Officer of Queenslanders with Disability Network before spending almost two year in Melbourne as Director of the Independent Living Centre. She returned to Queensland and was Senior Operations Manager with a disability provider. She has worked in all three segments of the disability sector – not-for-profit/advocacy, direct service provision and Government.

As a woman with a disability, Fran knows how important good support is and works with providers, participants and others to enhance the quality and safety of NDIS supports and services.

She describes herself as a feminist, partner to Simon, and loves the arts and literature – and her dogs. 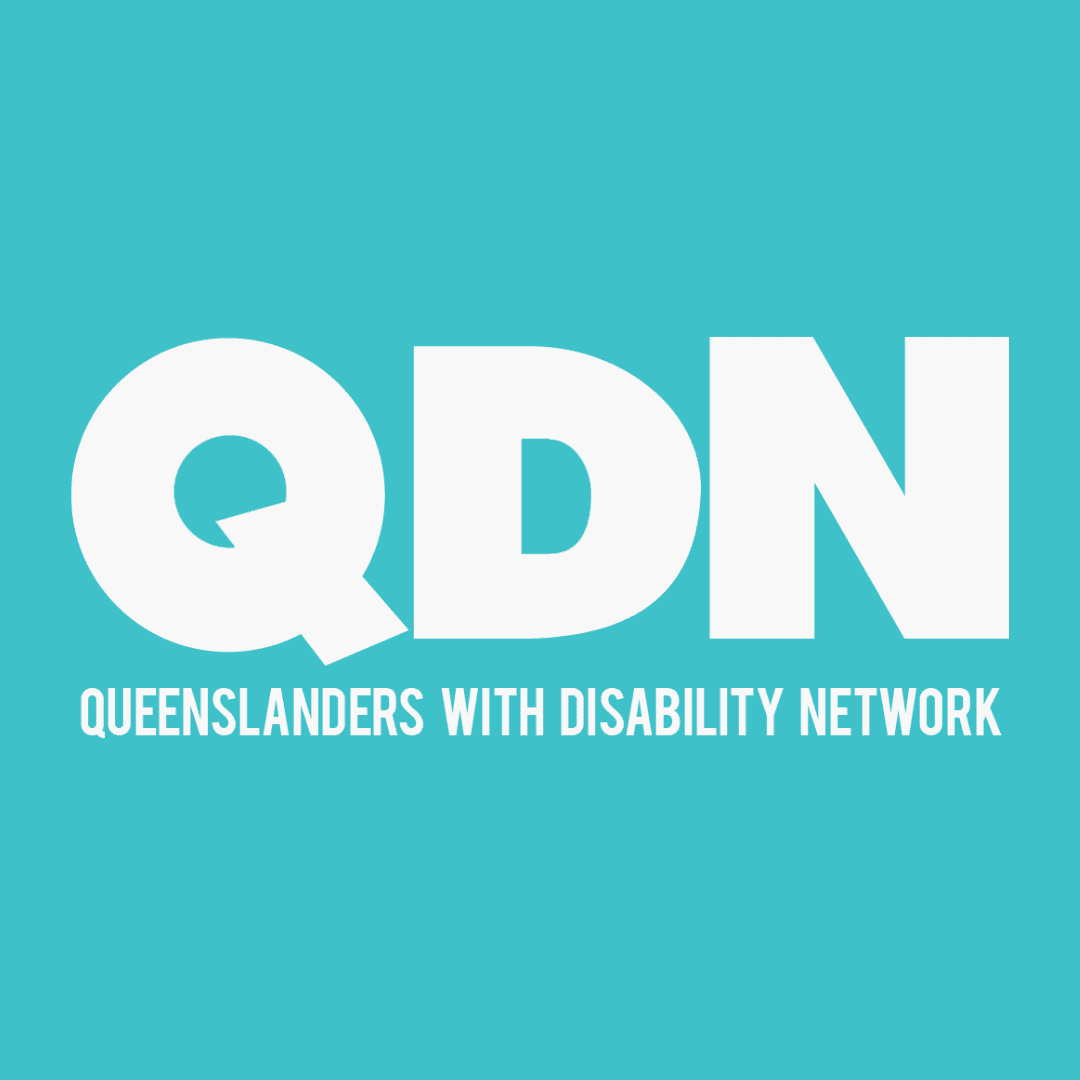 Bio to come - watch this space 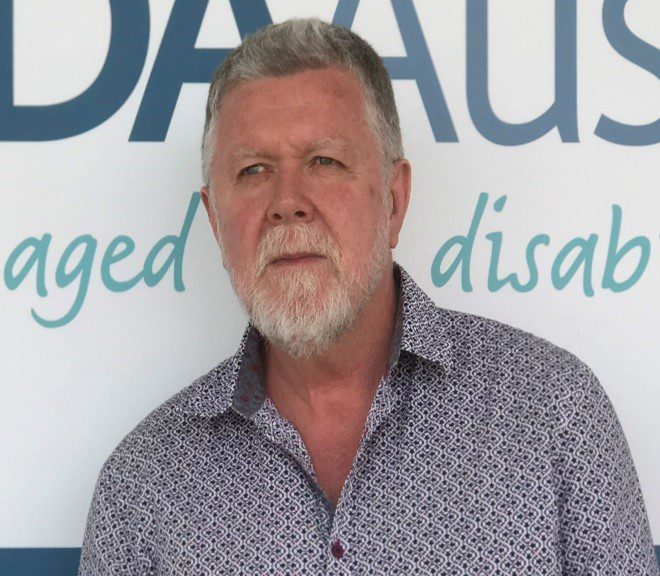 Geoff’s career in the human services sector spans more than 40 years, including fifteen years in senior and executive positions in the Queensland Government, and more than 20 years in the not-for-profit sector.

On leaving university Geoff established the Gold Coast Youth Service delivering a street work service to homeless youth on the Gold Coast in the early 1980’s.

Prior to his current role, Geoff held senior roles with Endeavour Foundation and the Cerebral Palsy League of Queensland.

Geoff was previously the community representative on the Physiotherapists Registration Board of Queensland, Independent Chair of the Strategic Governance Group for the Non Schools Organisation Program (Education Queensland) and a Director on the Board of QCOSS, as well as an Older Persons Advocacy Network (OPAN) representative on the National Aged Care Alliance (NACA).

Geoff is a member of the Notifications and Immediate Action Committees of the Medical Board of Australia, as well as a Board Director at Elder Abuse Action Australia (EAAA).

In November 2018 Geoff was awarded the prestigious Paul Tys Churchill Fellowship to study world’s best practice in preventing and responding to Elder Abuse in aged care and the community.

In 2019 Geoff traveled to the UK, Canada, USA and New Zealand to complete his fellowship.

He has a strong interest in social justice and inclusion, as well as old Jaguar cars. 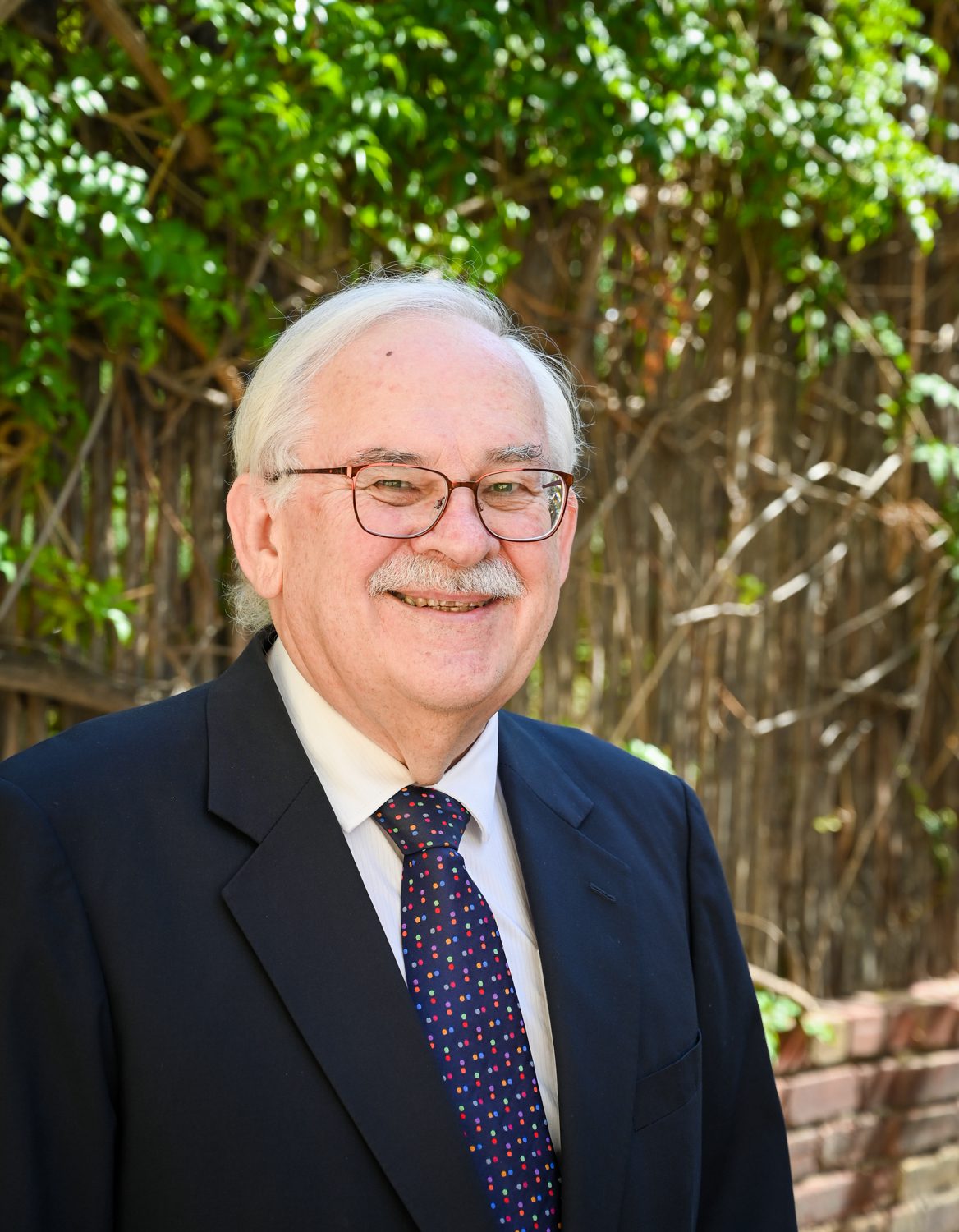 Dr Stephen Duckett has recently concluded a decade as Director of Grattan Institute’s Health and Aged Care Program. He is an Honorary Enterprise Professor in the School of Population and Global Health and in the Department of General Practice at the University of Melbourne.

Stephen has held top health sector leadership positions in Australia and Canada and literally wrote the book on the Australian health care system (Oxford University Press, 6e, 2022). He is a former Chief Executive of the Queensland Health centre for Health Improvement. 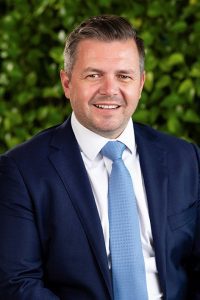 Michael Dobbie-Bridges (Dobbie) is a former Paralympian who represented Australia at the 2008 Beijing Paralympic Games and 6 World Team Cups. He has held leading positions across many Government portfolios including as Chief of Staff for the Assistant Minister for Social Services and Disability Services in the Turnbull Government, and until recently was the Accessibility Lead for PwC Australia where he was responsible for leading their internal disability employment strategy as well as working with clients to help them provide greater employment opportunities and a more inclusive culture for people with disabilities. Michael is now a strategic advisor at APM, the largest global human services company where he works directly with the CEO's to provide greater opportunities and services to people with disabilities. 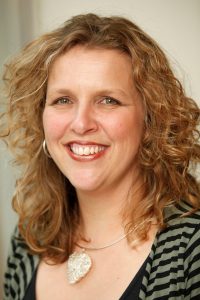 The General Manager of the Melbourne Disability Institute

Interdisciplinary institute based at the University of Melbourne, the work of MDI is focused on providing much needed evidence, data, and research to address the complex problems faced by people with disability in this country. Prior to joining MDI, Kirsten was the Campaign Director for Every Australian Counts, the grassroots campaign that fought for the introduction of the National Disability Insurance Scheme (NDIS). With her ability to bring people together and her clear communication skills, Kirsten played a critical role in building political and public support for this world-leading reform. Since then, she has continued to push for the NDIS to achieve its original vision. Kirsten has also served on numerous ministerial councils and advisory committees, including Co-Chair and Deputy Chair of the National People with Disability and Career Council. A former journalist turned academic, Kirsten has three children and, as a result, has excellent conflict mediation skills. 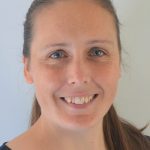 Occupational therapist educator and researcher at the University of Sydney

Occupational therapist educator and researcher at the University of Sydney. Her research includes the ways that people with disability can support one another to achieve safety, participation, and well-being through peer support. 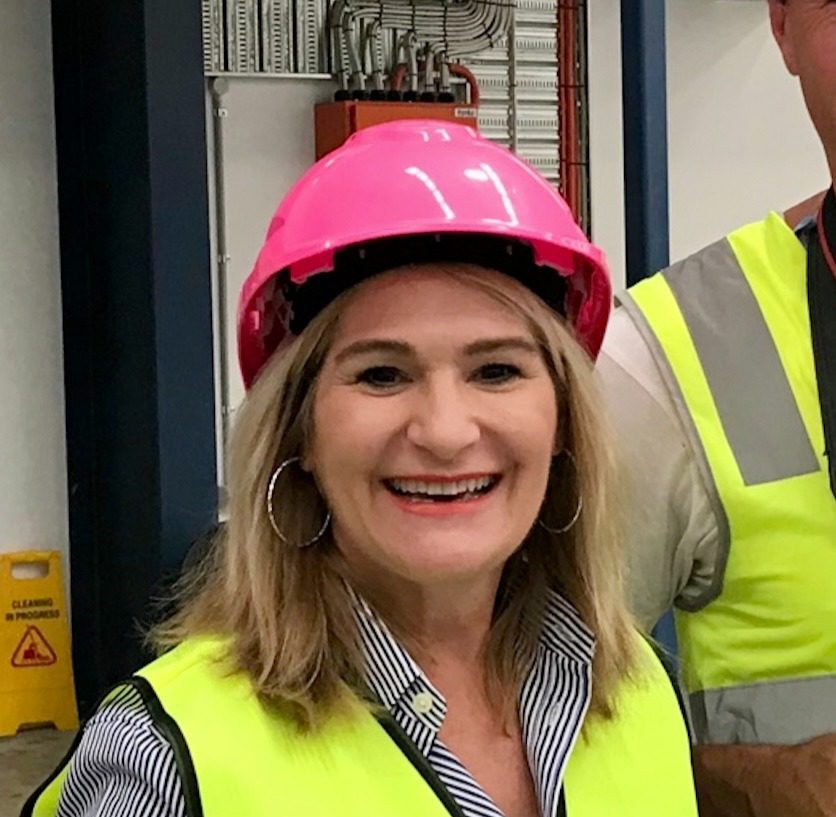 Tracey McGown has had a stellar career in news media spanning more than 25 years: tri-media experience having worked extensively in radio, television and newspapers.

Tracey was an original member of the long running Brisbane Extra program on Channel Nine which ran a phenomenal 17 years. In her first year of television, Tracey performed more live crosses than anyone on Australian television at the time. Her travel and consumer segments rated so well, she also featured in a number of Sunday night breakout specials focussed on travel and savings. She moved to national current affairs program Channel Seven’s Today Tonight as a reporter, before stepping up as Queensland State Executive Producer where she was responsible for putting to air half-hour news and current affairs every night. She identified and chased stories, dealt with producers, reporters, directors and senior management, and negotiated with and secured talent for exclusive interviews. Tracey had unprecedented access to the Malaysian Royal family ahead of their controversial Commonwealth Games, also covering the opening of the Kansai Airport in Japan to the Childers Backpacker Hostel. She was also awarded a United Nation’s Queensland Media peace prize for a series of stories on children’s conflict resolution.

Tracey had unprecedented access to the Malaysian Royal family ahead of their controversial Commonwealth Games, also covering the opening of the Kansai Airport in Japan to the Childers Backpacker Hostel.  As a newspaper reporter, her stories on the conflict in Papua New Guinea led to an Amnesty National investigation into genocide by the Indonesian Government.

Tracey has covered major stories in Australia, mastering techniques in handling the big picture stories through to the sensitive issues of a local and parochial nature in small communities. 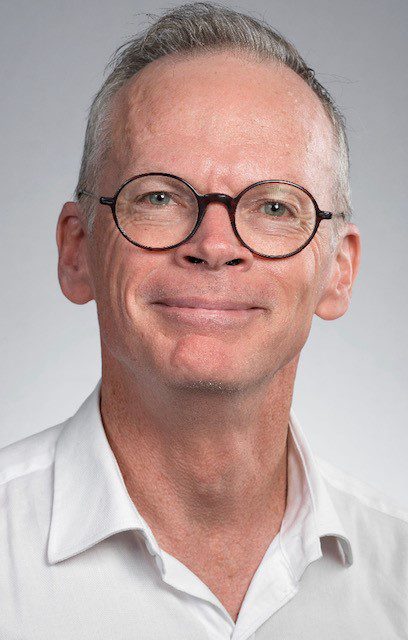 Mark is a print journalist by training, and left newspapers in 2002 to work in the state government as a media manager. Since then, he has used his media and community engagement skills to work in state and federal government, not only in communications and media but as a manager of infrastructure teams, regional director for transport, and as a Director with the Queensland Family and Child Commission. He is currently head of media, communications, and community engagement at Ipswich City Council. 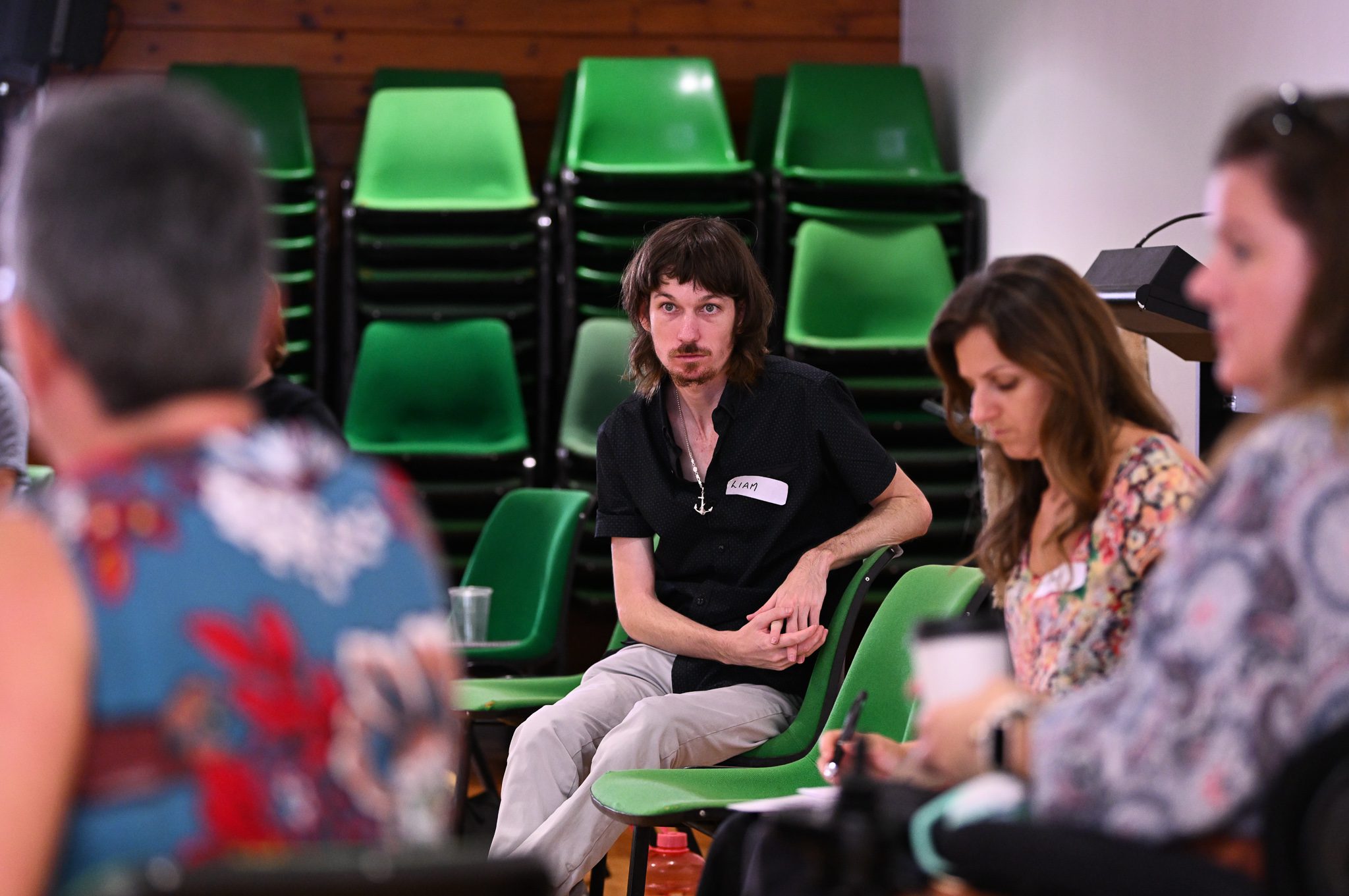 A diverse group of people with disability who are emerging leaders.

Read more about the Emerging Leaders » 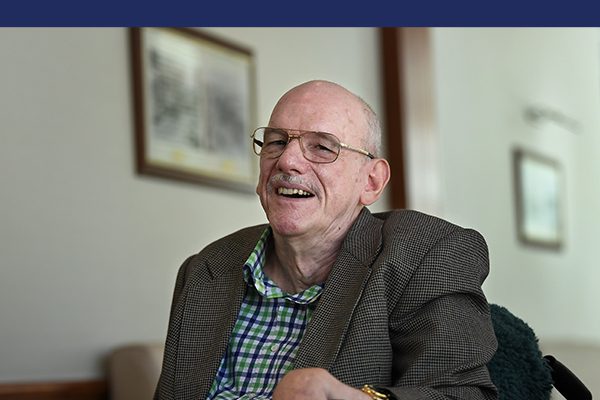 Learn about the speakers from the 2021 Emerging Leaders.