We would like to thank the keynote speakers who have shared their experience and wisdom recently. 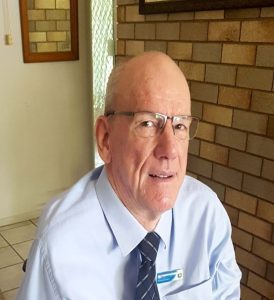 Des Ryan has a twenty-year history with not-for-profit boards in Central Queensland providing care services to people with disabilities or training. Des has been a board member of Spinal Life Australia’s since 1996, resigning in January 2018, and leading the transition from a community-based board to a mixed board with a diverse skill set from the business and corporate sector.  Des has established a business which continues to offer employment to people and a vast range of experience with organisations supporting people with disabilities.  Des was an awarded Rotary and Companion of Central Queensland University recipient and in 2013 was a recipient of the Order of Australia Medal in 2013 for service to people with disabilities. With 50 years personal experience with a disability, Des is hoping he can influence change, driven by the members of this network so that we can influence the direction of the NDIS into the future. Des says the highlight of his life as a person with a disability has been employment and volunteering. These are the two areas, in my mind, that put the cream on the cake. I would like to be able to maximise that opportunity for many others now and into the future. 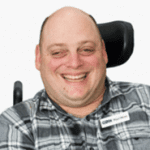 Nigel Webb has more than 20 years’ experience as a social justice advocate and professional. He is a trusted voice, advisor and leader across the community services industry, business and government. His extensive knowledge and experience guides state and national advisory and representatives’ groups, boards and community organisations. He provides strategic advice and direction on social and economic inclusion of people with disabilities, and a range of issues of strategic importance to the disability and carer sectors around NDIS and reforms to employment. He was Co-Chair of the National Disability & Carers Advisory Council for the Department of Social Services from 2018-2019 and Chairperson of the Queenslanders with Disability Network for 11 years, as well as a Consumer Technical Expert with several certification bodies. On a part-time basis, he is a Client Liaison and Support Officer with Choice, Passion, Life.

Michael Hogan brings expertise, skills and networks built over 30 years of executive experience in the public and community sectors in public policy making, organisational leadership, coaching and mentoring, strategy development and facilitation, stakeholder and community engagement, public interest advocacy, innovation and change, issue management, and system stewardship.  Michael has a BA(Hons) / LLB from the University of New South Wales (1984). Michael was admitted as a Barrister of the Supreme Court and subsequently transferred to the Roll of Solicitors. After stints at both the NSW and Australian Law Reform Commissions, Michael worked in the NSW Government before moving to a community legal centre – the Public Interest Advocacy Centre – for nearly a decade, before moving into the NSW Premier’s Department.  Michael has held CEO roles in two government agencies – as the Director-General of the Department of Child Safety, Youth and Women, and of the Department of Communities, Child Safety and Disability services in Queensland. He has also been a deputy or assistant CEO in the Qld Department of the Premier and Cabinet, DCCSDS and the Qld Department of Communities; and before that he was an executive in the NSW Premier’s Department.

Sharon Boyce current director at QDN. I am an author, educator and disability advocate. I work across a number of areas and perform many different roles. I aim to promote a true understanding of disability and diversity. Recent experiences with septic shock and intensive care stays have also led to a strong commitment to exploring issues of complex health needs and disability. I founded Discovering Disability and Diversity and helped design the Discovering Disability and Diversity experiential hands on Disability Awareness program which helps students and teachers and care, community and doctors and health workers experience and explore a wide range of disabilities, instead of just talking about them.  I am skilled in planning and research.

Margaret Rodgers’ commitment to people with disabilities began in a L’Arche community in India in the early 80′s. For thirty years, she has enjoyed working with people with a disability and their families in Queensland in a variety of organisations; many involved in family support and most in the non-government sector. She first worked for CRU in 1996, coordinating the Leadership Development program for 4 years. When her children were young and also while living in Cairns she undertook a variety of part time and short term roles. In recent years she co-ordinated the Building of Informal Networks project with the Mamre Association where Circles of Support were used as a key strategy to assist adults move into homes of their own. In 2009, Margaret was engaged by Disability Services Queensland to further the implementation of person centred practice. She became involved in the issue of improving the lives of people caught in the cycle of Emergency and Crisis. Marg returned to CRU to take up the position of Director in August 2009.

Alex Baker is a self-advocate and leader who has a commitment to helping people strive to be the best they can be. Alex has been helping other people with intellectual disability as a peer facilitator for the 5 years, delivering workshops about the NDIS across Queensland with Queenslanders with Disability Network (QDN). He has been an emerging leader as part of the National Leaders for Tomorrow program in 2012 and Athlete Ambassador in 2014 at the Special Olympics National Games. He is also a champion sportsman who has represented Australia in Special Olympics cricket, plays tennis, is an accomplished musician and works at Endeavour 4 days a week.