The late Matt McCracken was recognised among the 119 Queenslanders who have been awarded a Medal of the Order of Australia (OAM) in the recent 2022 Queen’s Birthday Honours List.

QDN is delighted that Matt has been recognised to receive an OAM. He was a QDN Board Director, Peer Leader, mentor and a natural born advocate as well as a caring friend to anyone who needed him. We know he would have been proud to have received this award in recognition of his fight for human rights, ensuring people with disability had access to the services and supports they needed and his contributions to a more inclusive Queensland for people with disability.

Matt, supported by his wife Wendy, worked to make the world and the place where he lived (Caboolture) a better place, yet remained humble about his role and the positive impact he had on the lives of so many Queenslanders with disability and their families. Being recognised and awarded a Medal of the Order of Australia (OAM) in the 2022 Queen’s Birthday Honours, is testament to Matt’s drive and tireless commitment.

Vale Matt – you are greatly missed but your legacy will remain in the hearts and minds of the Queensland disability community! 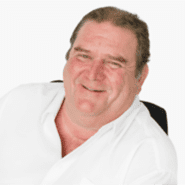